Memphis, pop culture and the fighting with «good taste» 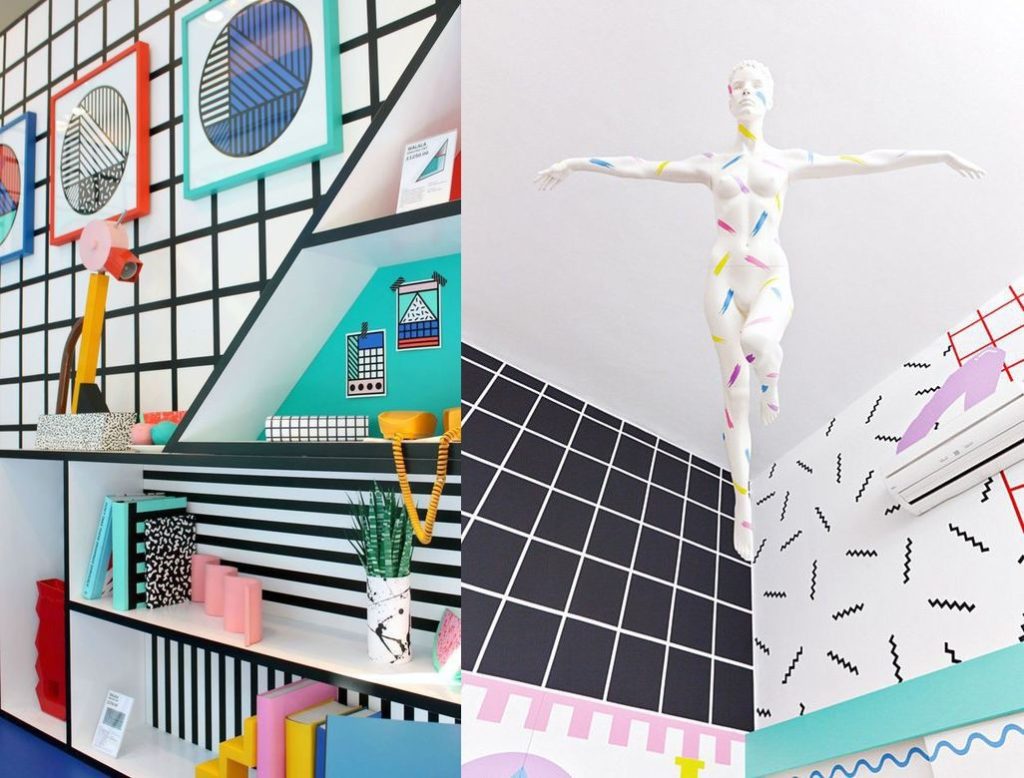 The projects of the group Memphis can be described as a synthesis of historical allusions and rock ‘ n ‘ roll. Memphis design aesthetic embodies the 1980s in so many ways: colourful and kitsch. In recent years it’s come back into fashion in a big way.

The Memphis Group was a collaborative design group founded by Italian designer Ettore Sottsass and named after a Bob Dylan song «Stuck Inside of Mobile with the Memphis Blues Again». During the 1980s, Memphis attracted many supporters and strongly influenced fashion and pop culture. In 1988, the group broke up, but their furniture and interior items have become popular collectibles.

Memphis was fighting with too good taste and functional traditions in the 70s. Through their design traced fun game, freedom, anarchy without rules. Now the form does not follow the function as it was before. In a passionate combination of materials, colors, and shapes, Memphis saw the potential to reach a new stage of development. This freedom of action is so inspiring to a new generation of designers that the Wall Street Journal announced a surge of «neo-Memphis» — a new wave of this extravagant style. 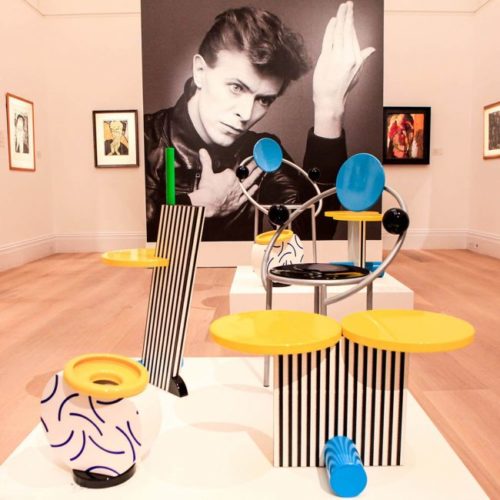 2016 was a year seemingly cursed by high-profile celebrity deaths, including the inimitable David Bowie – who, it transpired, was a hugely prolific collector of Memphis Group artefacts, having accumulated over 400 of them since meeting Sottsass during his heyday in the 1980s. Bowie’s extensive art collection was auctioned at Sotheby’s over three days, raising £1.4 million. 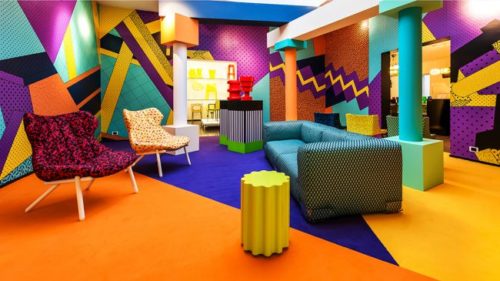 Italian furniture and homewares brand Kartell staged its own tribute to the Memphis design aesthetic in 2015 by finally releasing a range of products that Ettore Sottsass – then in his late 80s – had originally designed for it in 2004. “A Tribute to Memphis” collection included the re-release of the famous items of Urquiola Patricia, Philippe Starck, Piero Lissoni, etc. All these furniture items were in bright new upholstery authorship Ettore Sottsass and Natalie du Pasquier. According to the creators themselves, the new upholstery is a performance in pop art style.

British artist Camille Walala has painted the facade of a building in Brooklyn’s Industry City with geometric patterns and bold colours, completed to coincide with this month’s NYCxDesign festival. The 40-meter-high mural covers the front of a seven-story building, which forms part of a former industrial complex that now houses creative workspaces, production facilities, and event venues.